The first settlers of Santa Pola lived in the Cueva de la Arañas (‘Spider Cave’) between the fourth and third millennium B.C. Later, there was a walled Iberian settlement in the fourth century B.C. From the first century A.D., with the arrival of the Romans, the area became known as ‘Portus Illicitanus’, as it was one of the key ports for maritime trade. Many archaeological remains have survived from this period.

. From the 18th century onwards, the population was centred around the Castle, which was the nucleus of the town’s activities and development. Nowadays, Santa Pola is a touristic municipality that has the most important fishing fleet in the Spanish Mediterranean. 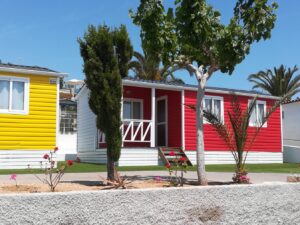