Themunicipality of Torrevieja is situated in the province of Alicante, south of the Valencian Community.

This coastal town forms part of the region of Vega Baja del Segura and has a small hamlet known as La Mata or Torrelamata, located in the northern part of the city. Therefore, the town of Torrevieja borders Guardamar del Segura to the north, Orihuela to the south and Los Montesinos, Rojales and San Miguel de Salinas to the west.

Torrevieja is the fifth largest city by population in the Valencian Community. According to the 2013 census, the number of inhabitants was 106,839, of which 13,255 were foreigners, most of whom were British.

The municipality has a semi-arid Mediterranean climate, with around 260 litres of rainfall per square metre a year and an average temperature of 18C, meaning that the sun is out for the majority of the year. 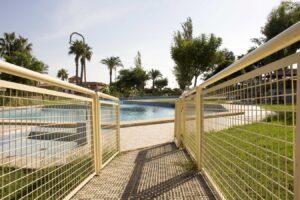