La Vall de Laguar is made up of three villages: Benimaurell, Campell and Fleix, where the town council building is located. None of these three towns has more than 400 inhabitants and their main source of income is agriculture, particularly cherry crops (which indicate their origin), olive trees, figs and almonds.

La Vall de Laguar was the last stronghold of the Moorish uprising, which took place in 1609 against the decree of their expulsion. The three villages are located in the confluence of the Sierra del Cavall Verd or del Peñón, Sierra de la Carrasca and Sierra del Mediodía. 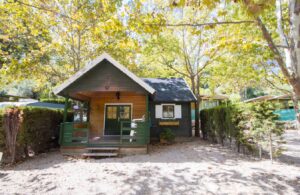